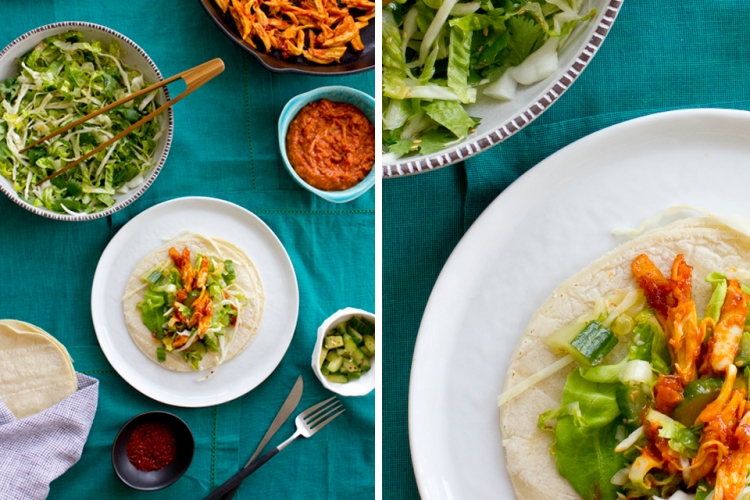 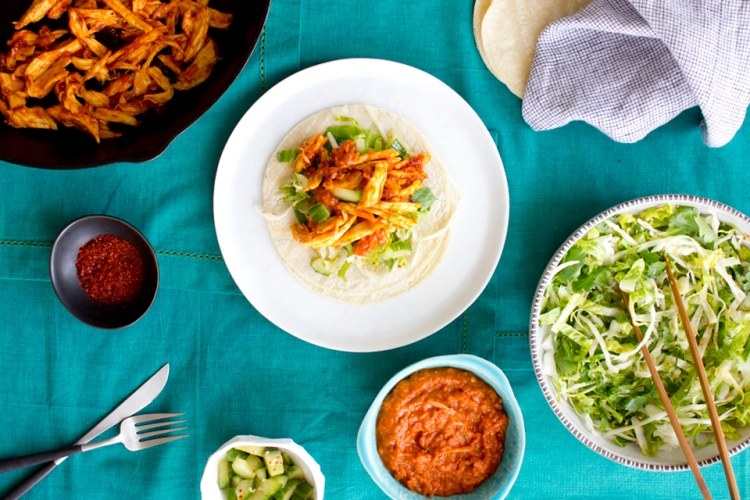 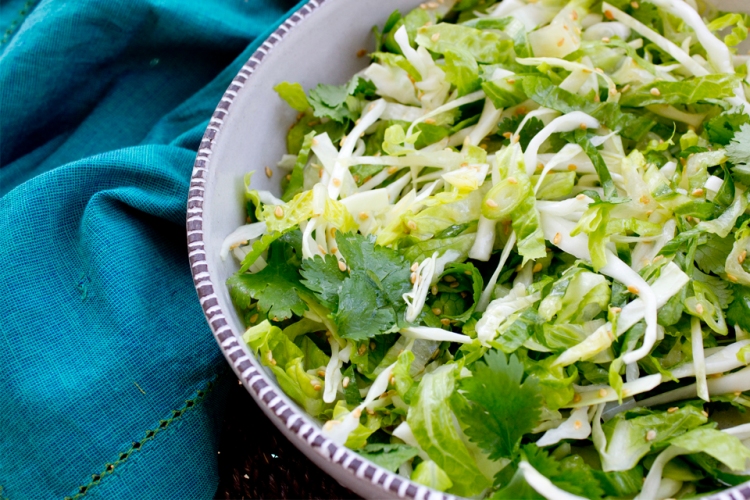 Delicious recipe alert! The korean chicken tacos from gp’s It’s All Good are really very, very good. I wanted to make something for a romantic dinner-at-home that was relatively healthy and where I could do most of the prep ahead, since I knew I’d be out during the day. So the day before, I made the salsa, the korean barbecue sauce, roasted the chicken, and made the quick cucumber kimchi. I recommend making the slaw the day of – by the time everything else is out and the table is set, the flavors of the slaw will have had a chance to combine. I think it turned out fab. The slaw is great as a salad on it’s own, or with some of the chicken mixed in and topped with a fried egg(!)  – also known as my breakfast a couple days later.

I didn’t grill whole chicken breasts/thighs per the recipe – I roasted them off the day before and shredded the meat, and the next day warmed it through with the korean barbecue sauce just before assembling everything. That just worked a little better for my do-it-ahead plan. I also added a little lime juice to the korean salsa, but everything else what pretty spot on as-is. I really detest typing out recipes that already exist… some other bloggers have written it all out which is very nice. I’ll just say, try to find the gochujang, or red pepper paste, that the korean barbecue sauce recipe calls for. Don’t substitute sriracha, it’s really not the same thing. And Boston or Bibb lettuce leaves work really well as a wrapper, if you want to skip the corn tortillas.

I have quite a bit of the salsa left, and may try roasting some fish in it, Provençal-style. It’s basically tomatoes and onion… with the addition of some olives, lemon and parsley, and a nice fish like halibut or cod, it might turn out rather nice.