so here’s some news: i’m leaving for paris and cannes in nine days. the last time i was in paris it was 1999, and since things have undoubtedly changed a ton, i am so, soooo excited. even though it was a beautiful weekend here in nyc, i totally fell down the rabbit hole (aka the internet) doing an astonishing amount of paris research. ninety-eight percent of it food based, of course.

here are a few things i’m really looking forward to:

1. so forget macaron, everyone is ga-ga now for éclair, and i’m dying to try them at L’Eclair de Genie, which happens to be right down the street from the our hotel. danger. 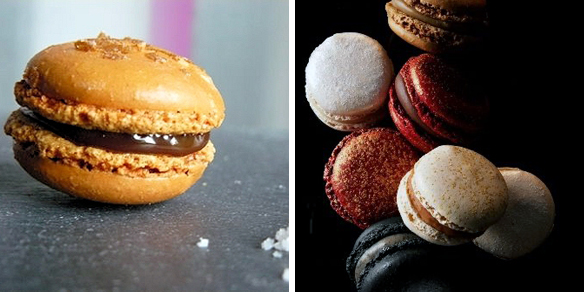 2. okay, i guess i’m not immune to the charms of a macaron. i know Ladurée is just wonderful and all, but it’s fussy image has never resonated with me, so i don’t feel that concerned with going there. plus, we have one in new york now if i ever change my mind. i do, however, want to try the selection from Pierre Hermé. the flavor combinations are supposedly vast and extremely creative.

3. i admit this sounds a little strange, but i keep reading that the roof bar at the Holiday Inn, Le 43, is fantastic. and it’s reservation only. what? am i crazy to want to try it? supposedly the view can’t be beat and the cocktails are killer. i like both of those things… so we’ll see.

4. frenchie! i hear it’s impossible to get in, but i am going to give it my best shot. at the very least, i’ll elbow my way into the adjoining wine bar. i’m good at that.

5. well, the fifth thing was going to be the Musée Picasso, but it is closed for renovation till the end of the year. i can’t cry too hard, though. it’s paris, and there is always another museum, right? maybe the Musée de la Poupée, which has over five hundred antique dolls on display. no? (even their website is totally creepy!) okay, maybe Musée d’Orsay or Musée de l’Orangerie will give me my art fix.